The New Year approaches faster than a bullet. It is that time to think about New Year’s Resolutions. To me it is daunting to make a commitment for a whole year, but yet, it is helpful to have some goals to focus on too. As a retiree, I find goals are harder and harder to think about as you have lived so much of life you pretty much know how to do it to your satisfaction! Of course, that doesn’t mean you can’t focus on things that will make your life better and improve yourself

In the last month, I have read several articles about dividing up your goals into segments –  some suggestions were: 12-week goals, quarterly goals, or dividing the year into two-month sections. However, the idea that appealed to me the most was setting a goal monthly and working just on that one goal for a month. Once the month was over – you move on and see if you can improve in another area. Focussing on a goal for a month seemed a doable proposal.

I made a list of things that I would like to work on, and they fell into four areas: writing, diet, exercising and organizing. Then I prioritized those goals – a better diet and exercise appeared to be on top, followed by writing and organizing. But I knew if I tried to lump these all the goals in one category into a three-month time frame, I would fail.  I thought about several ways of dividing these goals into monthly chunks. I hit upon working on one goal each month: one goal in the diet category, followed by the next month an exercise goal, and so forth. Every quarter I would then switch back to the second diet goal, followed by the exercise goal, etc.

Feb – Exercise goal one: walk for 10 minutes each day

March – Writing goal one: Submit at least one short story to a magazine 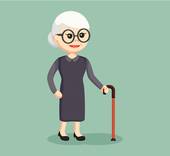 August – Organizing goal two: Organize my desk (again). It should need a good cleaning by then! 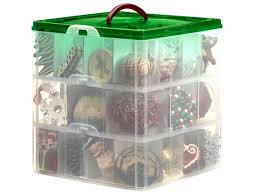 What do you think? I surely will be able to keep at least a few of those month’s goals, and if I don’t succeed one month, then I will just go on to a new month’s goal. I also, hereby give myself some leeway to cheat if I absolutely need to!