This time I am presenting a simple prompt for you: Write a poem or story about May Flowers. 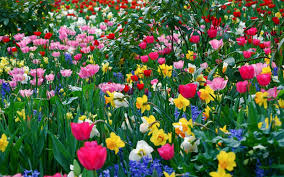 I thought about writing a flowery poem about the fun of planting flowers and watching them grow. I also could have written a story about how the flowers of May remind me of the delight of knowing the warmer weather is coming.  However I think I managed to turn this prompt into quite a different story. I hope you enjoy it.

“Hey, May! Where’re those flowers?”

“Yeah May, I want some flowers – not this cold stuff.  Get with it!” Joey and Billy Watts kept up the taunts as they exited the school bus. “Get those Pilgrims off the boat and plant some flowers, May!”

Out of the corner of her eye, May Flowers saw the Watt’s twins picking up snow in their hands. May pulled her winter jacket around her. She kept her head down so the two boys couldn’t see the tears that were forming in her eyes. The snow was coming down furiously now. May shuffled faster in the slick snow. If she could make it to her driveway before the taunts started again, she would be OK.

Just then sloshy snow, meant to be a snowball, hit the hem of her dress and she could feel the cold snow melting down her legs. The sudden spring snowstorm was producing soft, light snow that certainly was not conducive to sticking together to make snowballs.

May rushed up her driveway and left the twins behind. Their laughter still rang out as May hurried up to the house. She climbed the back steps and was grateful for the warmth of the house once indoors.

“Is that you May?” her mother called. “I was getting worried about the roads. I’m glad you’re home. Make sure to take off your shoes, so you don’t drag in the snow.”

May could hear her mother fussing around in the kitchen. She wiped her eyes so her mama could not see her tears before she walked in her stocking feet through the mudroom into the kitchen. The kitchen had the inviting smell of baking chocolate chip cookies. Her mother looked up from the baking pan half full of golden brown cookies. “Hello, honey, I thought we could have a treat of cocoa and cookies when you got home.”

May had to smile; this was her favorite after-school treat. Her mother looked at her and frowned.

“Oh, you look cold. Why don’t you go up and put on some jeans and a sweater? These will be ready for you by then. And I’ll get the cocoa ready too.”

May obeyed her mother without comment, glad to be home and away from the Watt boys’ taunts. She headed up to her room to change and put away her books.

In less than ten minutes, she was back in the kitchen, sitting on a high stool at the kitchen island with her mother pouring her a cup of scalding hot cocoa. Her mother sat across from her. She offered May the plate of cookies. May took one and bit into it. They were still warm and gooey. After she finished off the first cookie, she cuddled her cold hands around the cup of cocoa to warm them. She knew from long experience not to try and drink the cocoa yet, or she would burn her entire mouth and throat.

“How was your day, honey?” her mother asked a bit anxiously.

May averted her eyes as she blew on her cup of cocoa. Not only was she trying to cool down the cocoa, but she was also trying to avoid that look of concern her mother had.  May knew her mother wanted to know about the bullying that had been going on for days. Suddenly tears slipped down her cheeks. And the question that had been running around her head for days, popped out. “Mama, why did you have to name me May with our last name of Flowers? It’s such a stupid name. The boys tease me about the Mayflower boat that the pilgrims came in and about May flowers that come after April showers.” Those last words she said with a sing-song voice like the Watts’ boys always said them.

The tears were flowing now, and May couldn’t seem to stop them. Her mother was quiet, and May could tell that her mother, too, was sad and near tears.

Her mother put her cup of cocoa down and said. “May, have I ever told you about when you were born?” she asked. May shook her head. Her mother continued. “Well, we had a terrible winter that year. The ground was frozen even at the end of April. We were very concerned because Papa needed to get two plantings in that year so that we could pay the mortgage. My pains started a couple of days before the first of May. Papa took me to the hospital that night, but they said it wasn’t time yet. Being the first born, it took you a long time to decide to come into this world.” She chuckled. “Because the weather was bad, they made me stay at the hospital and walk the corridors to see if that would make you come sooner.”

Her mother sat quietly, sipping her cocoa for a long few minutes then resumed the story. “Well, a day passed, and I was very tired from walking those hallways. Finally, the labor pains began in earnest. You were born in the early hours of May first. Your Papa and I were thrilled to meet you.” Mama grinned as if reliving seeing her newborn for the first time.

“But why did you name me May when you knew my name would be May Flowers?” May persisted, as she tried to hold back the anger in her voice.

Mother looked at May a few minutes as she gathered her thoughts. “Well,” she said slowly. “You were born on May first, so that seemed like a name that would fit you. But we didn’t just name you May – we named you May Hope Flowers. Papa added that middle name because he told me that the day had dawned warm and sunny. He showed me out the window that the crocus had begun to pop their heads up out of the earth, and the birds were singing. You had brought us ‘hope’ May. Hope that the ground would be soft enough to plow and put in an early crop. Hope that the summer would be good for our farm and we would be able to pay the mortgage. Hope that your birth would bless our family.” Mama stopped staring off into the distance and looked at May. “And all those things happened. We have been very blessed by your coming to us, May.”

She took another sip of her cocoa and began again. “When the children tease you about your name you can remind them that your full name is May Hope Flowers. That’s the miracle of May, honey. May brings hope to the world that the warmer weather is coming. That the sun will shine brightly and the earth will warm and be ready for planting and eventually harvesting.  May Hope Flowers is a testament to the things that bring hope – just like the ship named the Mayflower that signified hope for a new beginning in a new land. May Flowers is all about hope, honey, all about hope.” Mama smiled brightly at May. “You are Hope, Honey. You are Hope.”

May sat staring at her mother. The tears had stopped. She nodded her head. She took another cookie, and with each bite, she felt better. “Thanks, Mama.” She took a third cookie and jumped off her stool and ran for the TV room. In her heart, May knew that never again would she be upset about her name. She was May Hope Flowers, and Hope made all the difference.

I hope you enjoyed this short story.  Did you write a story or poem from this prompt? Comments are welcome.