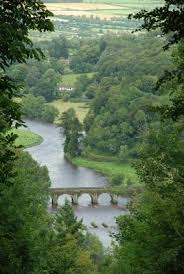 When I think of St. Patrick’s Day, I immediately think of green. Ireland, the home of St. Patrick, is often called the Emerald Isle because of the many shades of green that dot the countryside. Of course, the most famous green plant coming from Ireland is the Shamrock, a three-leafed clover which comes in a variety of shades of green. Interestingly, the human eye can detect more shades of green than any other color. That is, perhaps, why green is second only to blue as the most favorite of colors.

The Shamrock’s three leaves were said to be used by St. Patrick to explain the concept of The Holy Trinity. The three leaves are also thought to represent Faith, Hope, and Love. Traditionally, Shamrocks are worn on St. Patrick’s Day. Some clovers do have four leaves due to a genetic mutation, and these are considered to be ‘lucky’ because of their rarity — the early Irish thought the four-leaf clovers to have magical properties that warded off evil.

St Patrick’s Day is celebrated by “the wearing of the green,” parades, Irish music, and dancing. Several cities, such as Chicago and Savannah with large Irish populations dye their rivers green. The traditional meal of St. Patrick’s Day for Irish Americans is corned beef and cabbage. Although cabbage has always been a favorite of the Irish, corned beef became a substitute for Irish bacon around the early 1900s.

How do you celebrate St. Patrick’s Day? Comments welcome!